Taapsee Pannu shared a set of new pictures from Rashmi Rocket prep. The actress can be seen training for the film.

Taapsee Pannu is currently prepping for her next, Rashmi Rocket. She plays the role of a Gujarati athlete named Rashmi in the film, and is undergoing intense training sessions to prepare for her role. In her latest Instagram post, Taapsee shared new photos from her rigorous training session and wrote in the caption that those were here ‘battle scars’.

Sharing three photos in which she can be seen training, Taapsee Pannu wrote, “Hop …Skip…Run ..Repeat! #RashmiRocket P.S- those marks aren’t of brutal assault on me but technically only on my muscles. #BattleScars (sic).”

The actress can be seen wearing a black tank top, white shorts and pink shoes in the photos. Her hair are tied up in a bun. 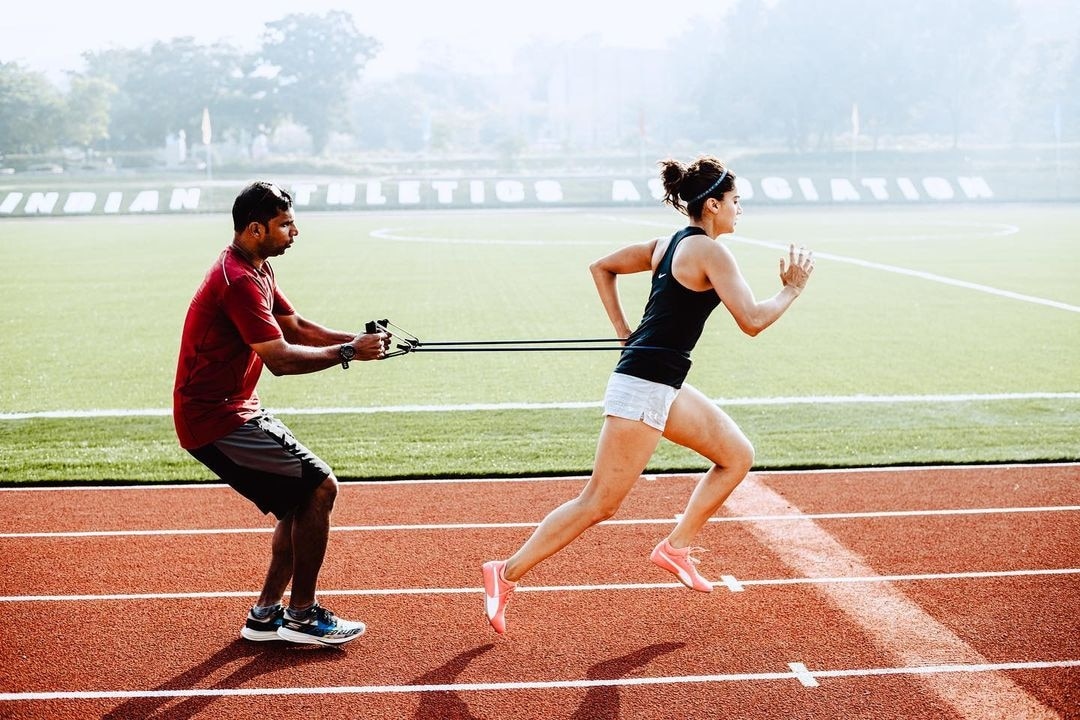 This year, Taapsee Pannu was working on Diwali. Her mom and sister decided to visit her on the sets of Rashmi Rocket. Sharing a photo with the two, Taapsee wrote, “Me with my Diwali gifts! #MummyAndPuchi #OnSet #RashmiRocket.”

WHEN WILL RASHMI ROCKET RELEASE?

Rashmi Rocket is slated to release in 2021. The film is being directed by Akarsh Khurana and also stars Priyanshu Painyuli, who will be playing the role of Taapsee Pannu’s husband. The film is written by Nanda Periyasamy, Aniruddha Guha and Kanika Dhillon.

ALSO READ | Taapsee Pannu was fined for not wearing a helmet. But first, a picture