Anushka Sharma has dropped not one but three stunning images of herself looking lovely as always. In the images, Anushka, in a makeup-free look, is smiling at the camera with the Sun shining behind her. Anushka looks comfortable dressed in a T-shirt and sweater with her hair left open. In the caption, Anushka dropped a woman-raising hand emoji and kept it simple. Fans have complimented her in the comments section, with celebrity stylist Allia Al Rufai saying, “Hello sunshine.”

Earlier in the day, Anushka Sharma also shared an image of some yummy buns. Along with the photo of the sweet treats, she said, “What childhood memories are made of.” 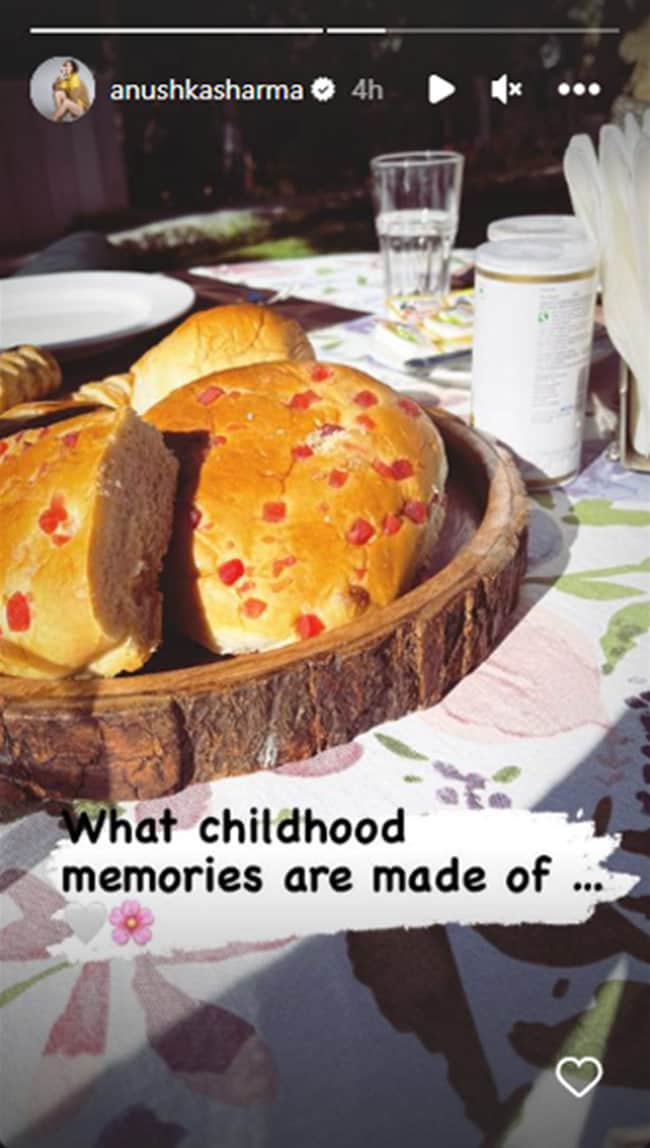 A few days ago, Anushka Sharma shared another photo of herself – this time in a white T-shirt and black pants, looking lovely as ever. In the caption, she added a yellow heart and a Sun. Anushka’s husband, ace cricketer Virat Kohli dropped heart emojis.

On the occasion of Virat Kohli’s birthday, Anushka Sharma shared a bunch of goofy images and said, “It’s your birthday my love, so obviously, I chose your best angles and photos for this post. Love you in every state and form and way.” Replying to the post, South Africa cricket star AB de Villiers said, “That face [laughing emojis],” referring to a closeup shot of Virat’s face.

I am grateful to our founder @HanumanDassGD and our organisation @GoDharmic for sharing Maharajis prasad all over the world.I sit here at Kakrighat, Neem Karoli Baba temple with @imVkohli and @AnushkaSharma content to feel the peace and unconditional love of Neem Karoli Baba pic.twitter.com/wlGM0osia9

The couple also ran into Anupam Kher during one of their travels. Sharing a picture with the couple on Instagram, the veteran actor wrote, “I was very happy to meet Virat Kohli and Anushka Sharma at the airport lounge! Their warmth was beautifully infectious! Jai Ho to them!”

On the work front, Anushka Sharma will be seen in Chakda Xpress, a sports biopic based on the life of former Indian cricketer Jhulan Goswami. The film will have a direct-to-OTT release on Netflix.

Featured Video Of The Day

Shilpa Shetty Was Spotted In The City Looking Like This