Kriti Kharbanda recently recovered from Malaria. The actress shared a meme on Friday, leaving the internet in splits.

Kriti Kharbanda, who has recently recovered from Malaria, shared a hilarious meme on Instagram on Friday. The meme shows Kriti searching, “How to bite a mosquito back (sic),” on Google. Netizens cannot stop laughing and Kriti had an interesting caption to go with the post.

Kriti Kharbanda shared the meme on Instagram and captioned it, “Latest search history revealed. Thanks to @the.realshit.gyan. Cracked me up early this morning 🙂 loved how my day begun.#malariahua (sic).”

WHAT DID THE INTERNET SAY?

Kriti’s fans are commenting on the picture and laughing out loud. While one user hoped the actress is well now, the other one wrote Robin’s popular dialogue from the show Mirzapur Season 2, “Yeh bhi theek hai.” 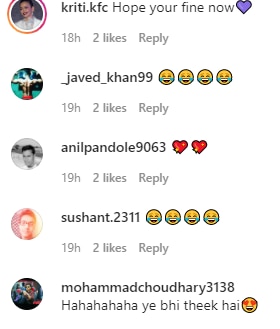 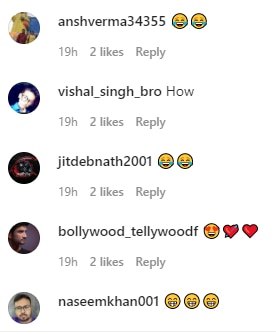 WHEN KRITI ASKED FOR MEMES

Earlier, when she was suffering from malaria, Kriti had shared an Instagram story, asking her followers to send her memes as she was ‘bored and had nothing else to do’. She had also said that she needs to get back to work and that her malaria ‘wasn’t here to stay’.

ON THE WORK FRONT

Kriti’s last release was ZEE5’s Taish. The film, as well as a web-series, paired her opposite Jim Sarbh. Kriti’s boyfriend, Pulkit Samrat was also a part of the project and this was the first time ever that the two hadn’t been cast opposite each other in the project. Taish received positive reviews from critics.

ALSO READ | Jim Sarbh Taish Interview: We make fun of women for being emotional. What about idiotic testosterone?