Arjun Mathur, who has been nominated in the Best Actor category at this year’s International Emmys, for his performance in the web-series Made In Heaven couldn’t be more excited. The actor, who is busy trying out outfits for the prestigious award ceremony, shared a picture from the trial session on his Instagram story. He wrote: “Trying out an outfit that I’m going to be wearing for the virtual International Emmys ceremony. Any guesses on the designer that I decided to go with?” The actor even gave a hint to his Instafam and added, “Hint: Became a favourite of mine after I wore his/ her as Karan in MIH (as in Made In Heaven). I guess it’s just another thing that we’ll find out on the 23rd.” 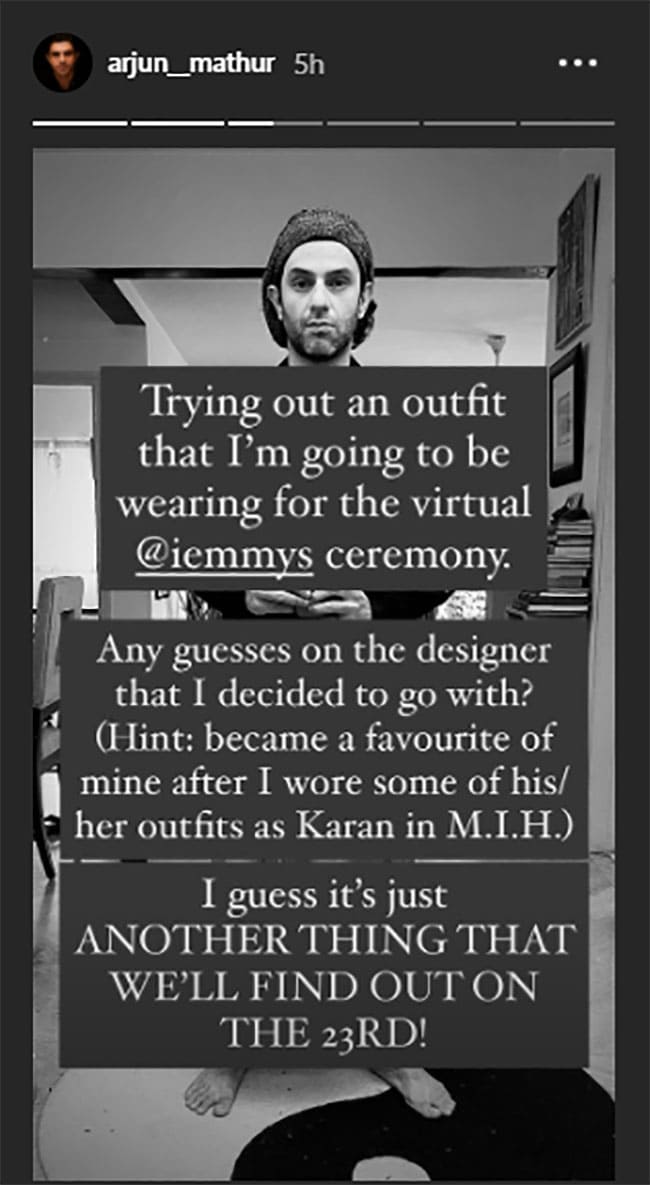 Arjun, who has been a part of films like Luck By Chance, Bara Aana, My Name is Khan, Ankur Arora Murder Case and I Am, to name a few, earlier shared a picture with his International Emmys nominee medal and certificate.

Made In Heaven is a collaborative creation of Zoya Akhtar, Nitya Mehra, Alankrita Shrivastava and Prashant Nair. The show released on Amazon Prime India last year. Other than Arjun Mathur, it also stars Sobhita Dhulipala, Jim Sarbh, Kalki Koechlin, Shashank Arora and Shivani Raghuvanshi. The show focuses on the lesser-known facets of the wedding business, through the eyes of two wedding planners.